We are a leading, management-owned research boutique with a focus on companies from Emerging Europe. Our role is that of an intermediary between companies on the one hand and investors on the other.

Our research products are directly distributed to more than 200 mutual and pension funds, family offices and independent asset managers from Central and Eastern Europe, the German-speaking region, Scandinavia, France and UK. In addition, we publish our reports on platforms such as Thomson Reuters, Capital IQ, Factset, Researchpool.com, rsrchxchange.com, ERI-C.com, Visiblealpha.com, ISBNews and PAP, thus ensuring that they are available to institutions from around the world. By organising roadshows and conferences, we provide investors with direct access to corporate decision makers.

Our team consists of professionals with long capital market experience in both Western Europe and the CEE region. 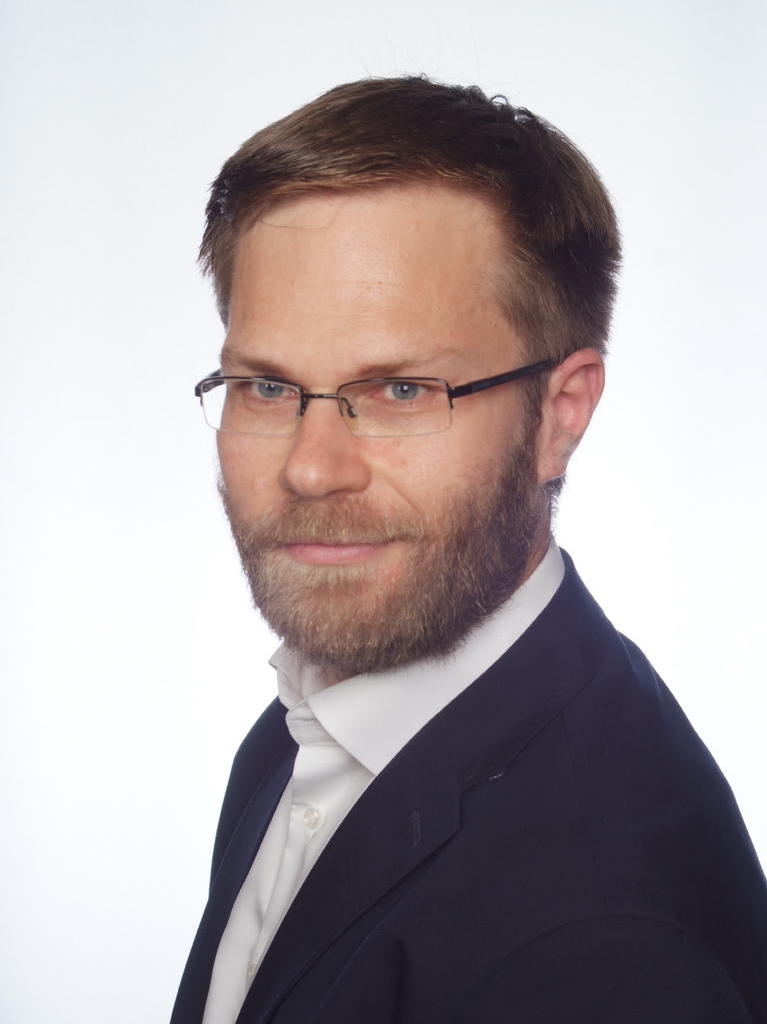 Adrian Kowollik is Managing Partner at East Value Research and the analyst covering the sectors Technology/Media/Telecom, IT, E-Commerce and Health Care. He graduated in Business Administration from Humboldt University in Berlin and has more than 8 years of experience in equity research and corporate finance. Adrian, who grew up in both Poland and Germany, is a strong believer in the concept of broker-independent equity research and the advantages, which it provides to both companies and investors.
Linkedin profile

Tomasz Mazurczak is Co-founder of East Value Research. In the past, Mr Mazurczak has been Managing Director and Head of Research & Sales at Commerzbank‘s subsidiary BRE Securities (today mBank Research) in Warsaw, Head of Research at Trigon DM and Head of Equities at the investment management firm Skarbiec TFI. 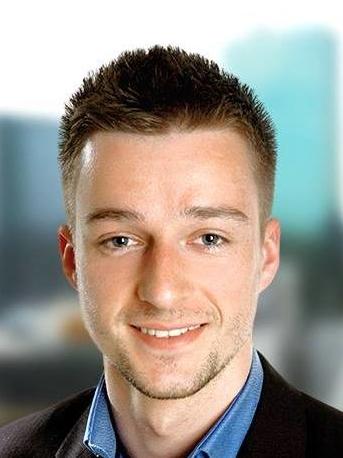 Michal Wieloch is Analyst. His tasks include the preparation of sector studies, company analyses and valuations. He is currently PhD student at the Higher School of Economics (SGH) in Warsaw. In the past, he has worked among others at KPMG in their Valuation team. 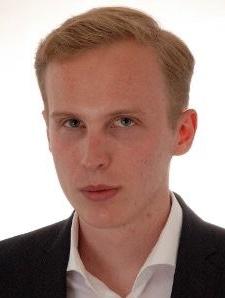 Mikolaj Wisniewski is Analyst. He has a Master‘s degree in International Relations and Finance. His tasks include the preparation of sector reports, company analyses and valuations. Previously, he worked as Corporate Accountant at CBRE Corporate Outsourcing in Warsaw.

We provide broker-independent research on companies that are headquartered in Emerging Europe. Our main focus is on small-, micro- and nanocaps, an area, which is usually below the radar of typical brokerage houses. Scientfic studies have shown that broker-independent research can be very helpful for companies when it comes to increasing their market visibility and liquidity.

In addition to analysis of single companies, which can be either sponsored or fully independent, we also offer sector reports, whereby we leverage our sector expertise and knowledge of markets in Western and Eastern Europe.

For the companies, which we cover, we organise international roadshows. Thus, we provide them with access to new investor groups and help to diversify the shareholder structure. Through our broker partners, we can also act as an intermediary in capital market transactions.

In addition to services for listed companies, we also offer advisory for CEE-based start-ups, especially when it comes to raising capital in Western markets.

Our offering is complemented by valuation services as well as corporate finance advisory, which we are able to offer our clients through our partnership with the Berlin-based firm Excap Partners. Excap Partners provides M&A, restructuring and financing advisory services for smaller companies from Western and Eastern Europe. In the last years, it has completed transactions worth EUR 1bn, many of which were crossborder deals.

Regulatory Authority
East Value Research GmbH is monitored by the BaFin (German Federal Financial Supervisory Authority) with regard to its compliance with the requirements of §§ 34b, 34c of the Wertpapierhandelsgesetz (Securities Trading Act) and the Finanzanalyseverordnung (regulation governing the analysis of financial instruments) for companies active in the field of financial analysis.

Copyrights
All rights reserved. Reproduction, commercial redistribution and entry into commercial databases are only allowed with the written consent of East Value Research GmbH.

Liability
This website www.eastvalueresearch.com has been prepared with the greatest possible care. However, East Value Research GmbH cannot guarantee that the information contained herein is correct or precise. Any liability for damages, which result directly or indirectly from the use of this website, will not be assumed if it is not intentional or reckless. If there are links to external websites, East Value Research GmbH will not take the responsibility for their content.

Conflicts of interest
East Value Research GmbH has taken several measures to prevent conflicts of interest. One of these is that its employees are prohibited to trade in stocks from its coverage.
In addition, its employees are not permitted to accept gifts or any other beneficial contributions from individuals, who have an interest in the content of our research publications.

In the current environment with continuous low interest rates (in the Euro zone interest rates will likely remain at 0% until 2025), but growing economic uncertainty due to the unresolved Brexit and the trade conflict between the US and China, capital markets remain volatile. In the current phase, we recommend to take a look at stocks from CEE, where many offer a combination of low P/Es, net cash and high dividend yields. Nowadays, such an attractive risk-return-profile is difficult to find in Western Europe and North America due to the excellent performance of the respective stock markets since 2009. Below are four companies from Emerging Europe, which are interesting in our view:

In November 2018, the new Act on Employee Capital Plans (ECPs) was signed and in January 2019 implemented to the Polish legal system. The new regulations are coming into force in tranches starting from July 2019. Firstly, the biggest enterprises (employing >250 workers) are encompassed with the new system. Eventually, starting from January 2021, ECP will cover all employees between 19 and 55 years of age (workers between 55 and 70 years can join voluntarily), hired in accordance with the Labor Code (c. 11.5m Poles according to the Polish Statistical Office GUS).

The scheme is based on an auto-enrollment mechanism with a possible opt-out. Contributions to the system will be financed by employers, employees and the state budget and will consist of a mandatory stake of at least 3.5% of employee’s gross salary with an optional additional contribution of up to 4.5% of salary. Additional funds will be provided by the state’s budget entity, Labor Fund – an introductory payment of PLN 250 and an annual contribution of PLN 240 for those contributing above the mandatory required amount. ECPs are run by investment funds, pension funds, insurance companies and employee pension funds for a fee of up to 0.6% depending on the portfolio performance. Currently, c. 60 investment companies fulfill the requirements but as of 1 August 2019 19 companies registered for running ECPs.

The reasons for the reform were the Open Pension Fund liquidation reform in 2014, considerably low level of retirement savings (only c. 20% of workers in Poland save for their retirement themselves according to Aegon), and growing number of retirees after a reduction of the retirement age for men (67 to 65 year old) and women (65 to 60 year old) in 2017, which will likely lead to lower state pensions in the future.

From the stock market perspective, the reform means capital inflow as the institutions entitled to run ECPs will be obliged to invest a significant share of the accumulated funds on the Polish capital market. Therefore, we see the new regulations as a positive stimulus for the Warsaw Stock Exchange (WSE). The ECPs investment policy assumes allocating at least 40% of assets in shares and share-based instruments (i.e. futures, options) listed in the blue chip WIG20 index, including assets where the index is the underlying instrument, and no more than 30% of assets in other WSE-listed companies. It is worth mentioning that ECPs are allowed to invest in the alternative NewConnect segment, where pension funds have legally been banned from since 2014. Taking all ECP investment policy restrictions together, around 70% of the assets eligible for share-based instruments will be invested on the WSE. The total cash inflow, which will support the Polish capital market in the coming years, is estimated between PLN 6bn/EUR 1.4bn and PLN 15bn/ EUR 3.5bn per year.

As offerings similar to ECP have already been established by the biggest corporations (i.e. Citibank Europe), c. 30% of the biggest companies in Poland will not provide ECPs (Source: Gazeta Prawna). This means that the expected funds that e.g. will support the Warsaw Stock Exchange may be lower than expected. Secondly, press’ and NGO’s opinions on the new scheme is far from being positive. Various think tanks and newspapers stress the fiscal burden of the government’s co-payments formula, which may require higher taxes in the coming years. According to GRAPE, the cost of the state’s contribution is estimated at 0.7% of currently collected VAT tax amount. In addition, the cost of the reform will be co-financed by those who will not benefit from it – i.e. entrepreneurs (>2m Poles).

With around 20m inhabitants, Romania is the second largest of the ex-communist countries that have joined the European Union since 2004. Though, comparing to other Eastern European states, Romania fell behind in the reform process in the 1990s, nowadays it is one of the fastest developing economies in the EU. Since 2007, the yearly GDP has averaged 2.5% (3rd best growth rate among the Eastern European EU countries), while disposable incomes have increased by 8.8% y-o-y. Based on Berenberg‘s calculations, Romania will remain the fastest-growing European economy over the next two years. According to the latest estimate of the National Statistics Institute (INS), the GDP growth accelerated to 8.8% in Q3 2017, which was the fastest rate in the EU.

The Bucharest Stock Exchange was launched in 1995 and has been growing dynamically with 386 companies currently quoted in the main and AeRO segments. BVB is also close to meet the criteria of an Emerging Market in the FTSE Russell ranking.

A good place to invest

The Romanian government is creating a pro-investment environment. Since 2007 (EU accession date), several major global companies (Siemens, Ford, Bosch) have set up or expanded operations in Romania. In 2016, the VAT rate was reduced from 24% to 20% and to 19% in 2017, which was a very strong stimulus for consumption. However, it caused the rise of government deficit from 0.8% in 2015 up to 3% in 2016. From a capital gains perspective, Romania also has a relatively small dividend tax – 5% (i.e. in Poland – 19%).

Due to the communist legacy of excellence in science, Romanians are founders of successful tech companies – they can boast about domestic companies taken over by international giants (RAV Antivirus sold to Microsoft in 2003; Clever Taxi accquired by Daimler in 2016). Though the Venture Capital environment is improving, it’s still in its infancy: overall VC investments equal 0.001% of GDP, compared to the EU’s average of 0.027% (data for 2016). We believe that the Romanian’s under-developed and fragmented funding environment should change due to the new EU budget 2014-20 (EUR 40bn in total for Romania, thereof >3 bn for innovative projects).

Overall, from a political and economical perspective, Romania is a safe country to invest. Considering the stable macroeconomic situation (inflation c. 2%, public debt c. 38% GDP, basic interest rate at 1.75% and a relatively stable exchange rate), Romanian economy is an interesting and profitable place to allocate assets.